There is something very troubling brewing in state legislatures across the United States.

In the past few years, anti-puppy mill advocates have been making incredible progress at the state and local level. Over 120 municipalities have adopted consumer protection ordinances and bans that do not allow pet stores to sell commercially produced puppies.

These bans basically give the message to the pet industry that their cruelty is not welcome in these towns. Others are tightening their kennel restrictions and putting limits on the number of dogs a kennel can own. And that is all good.

Unless you’re a puppy mill. Puppy mills are a huge business and like every other large business, they are represented by trade associations such as PIJAC, large pet store chains and other monied groups. These groups are not going to let their market slip away without a fight. And so they are now working at the state level to void laws that prohibit cities from creating local laws that crack down on mills and stores that sell puppy mill puppies. Consumers will no longer be protected. 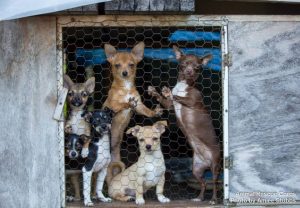 It disgracefully happened in Arizona and just last week, two bills were introduced in Ohio. If you live in a state with a pro-business legislature… you can bet it will be coming to your state too.

Please…. take a minute right now and email your state representatives. Let them know that you, as a voter, will not stand for people profiting on cruelty. Not sure who your representatives are? Visit Common Cause to look them up.

We all ask… what can we do to stop this? The first step is be a voice, a loud voice. Just feeling bad for the dogs is not enough

We have to get the message out to those who make the laws. And that is up to each one of us. The dogs need you. Thank you.