Most puppy mills selling and shipping puppies sight unseen online and through broker websites listing hundreds of dogs for sale are legal. These dog breeders are licensed under the United States Department of Agriculture and are supposed to adhere to the standards set by the 1960’s Animal Welfare Act. The care standards are very low and dogs are considered livestock on these farms. These dog breeders are considered commercial dog breeders, high volume, think factory farm. They are inspected and overseen by the USDA’s Animal Care division, Animal Plant and Health Inspection Services (APHIS).

There are thousands and thousands of mother (and father) dogs living in factory farm like settings making puppies to be sold online and in pet stores. The standards of care are very low. Its legal to keep the dogs in dark barns, stacked in cages, as seen in these horrific puppy mill photos.

Because puppy mills are legal, and laws take time to pass, we believe that educating the public is the fastest way to end puppy mill cruelty. We support legislation and laws that ban the sale of puppies in pet stores and laws that improve the standards of care of dogs living in USDA licensed kennels. Because these large scale breeders are legal, we support local, state, and federal legislation to help end this cruel industry.

Over 400 municipalities in the U.S. that have passed bans or restricted the retail sale of puppies and kittens in pet stores. There are many more currently in the works too.

The dogs in puppy mills need your voice!

The Puppy Protection Act (SB 1385/ HB 2840) Overview: This bill if passed will increase the currently low standards of care for dogs licensed and regulated under the United States Animal Welfare Act.

The Puppy Protection Act if passed will amend the Animal Welfare Act to:

These all seem like basic care standards but because these breeders are licensed by the USDA, the standards of care are very low and what most would consider inhumane. Passing the Puppy Protection Act will increase the current very low, inhumane standards.

The dogs in USDA breeding farms need your voice!

Help the dogs in puppy mill. The Puppy Protection Act (SB 1385 and HB 2840) needs co-sponsors. Please contact your US Representatives and US Senators and politely ask them to co-sponsor this very important legislation.

The USDA’s Animal Care division (APHIS) oversee the licensees registered as USDA commercial dog breeders.  APHIS conducts inspections about once a year and is supposed to ensure the licensed breeders are following the guidelines set by the Animal Welfare Act to ensure the animals, in this case dogs, are protected from neglect and cruelty. APHIS conducts inspections of the kennels and have the ability to remove animals found that may be suffering in these kennels, they can also fine breeders and even revoke breeder licenses.

We have seen the USDA/APHIS fail at their job to protect the dogs over and over. This bill is named after Goldie, a dog in an Iowa commercial dog breeding kennel. She was #142 in a Iowa puppy mill that suffered severe neglect and vet care for months and months. Goldie died. She is just one example of the USDA and APHIS failing at their job to protect dogs.

If passed, Goldie’s Act would require inspectors to help even confiscate the animals who are visibly suffering. It also would require penalties to breeders for violations, and conditions involving cruelty and neglect. This information would also be shared with local law enforcement.

The dogs in USDA breeding farms need your voice!

H.R. 6100 needs co-sponsors. Currently there are over 60 co-sponsors. If your US Representatives is not currently a co-sponsor please ask them to support this very important legislation.

Victoria’s Law was proposed to drive the Pennsylvania pet market towards more humane sources like shelters, rescues and responsible breeders as well as stop the sale of puppy mill dogs, cats and rabbits in pet stores, also protecting consumers from misleading sales tactics. If passed, Victoria’s Law would also require advertisers to include license numbers on their advertisements.

Victoria was a German Shepherd who was rescued from a Pennsylvania puppy mill after 10 years of breeding. By the time she was rescued, she was paralyzed as a result of a genetic, neurological disorder called Degenerative Myelopathy, a disease she passed down to the estimated 150-200 puppies she produced (and were sold) while at the puppy mill.

The dogs suffering in PA puppy mills need your voice! Help end the sale of puppies in PA pet stores. 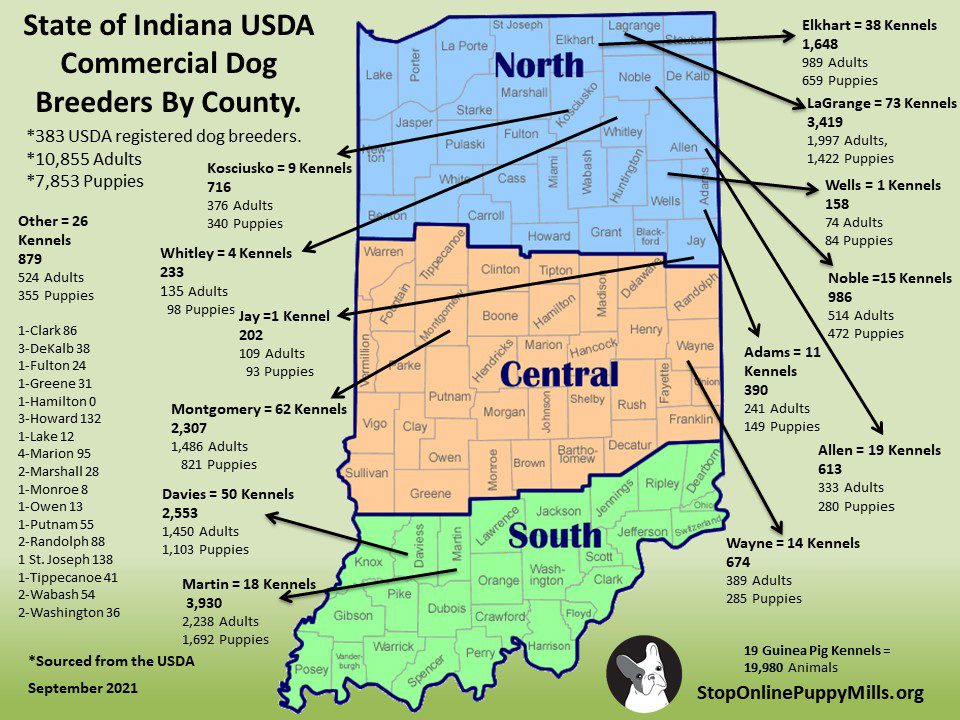 USDA Indiana Dog Breeders 2021 This map shows the locations of USDA licensed commercial dog breeders in Indiana as of September 2021 Stop Online Puppy Mills mapped the dog breeders by county. We used each Indiana breeder’s USDA inspection report. The number of adult breeding dogs and puppies were taken from the inspection reports and… 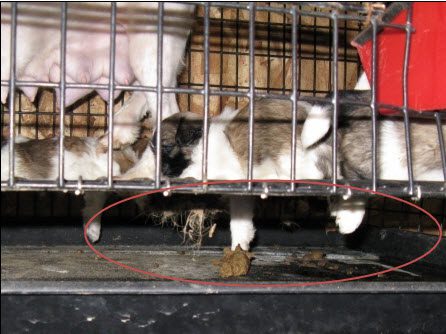 Disrupted by the pandemic, the OIG planned inspections of onsite USDA licensed dog breeders to ensure compliance in regard to the Animal Welfare Act. This audit was also a follow up on the last OIG audit report completed 10 years earlier in May 2010, entitled Animal Care Program Inspections of Problematic Dealers. This is where the dogs lose. 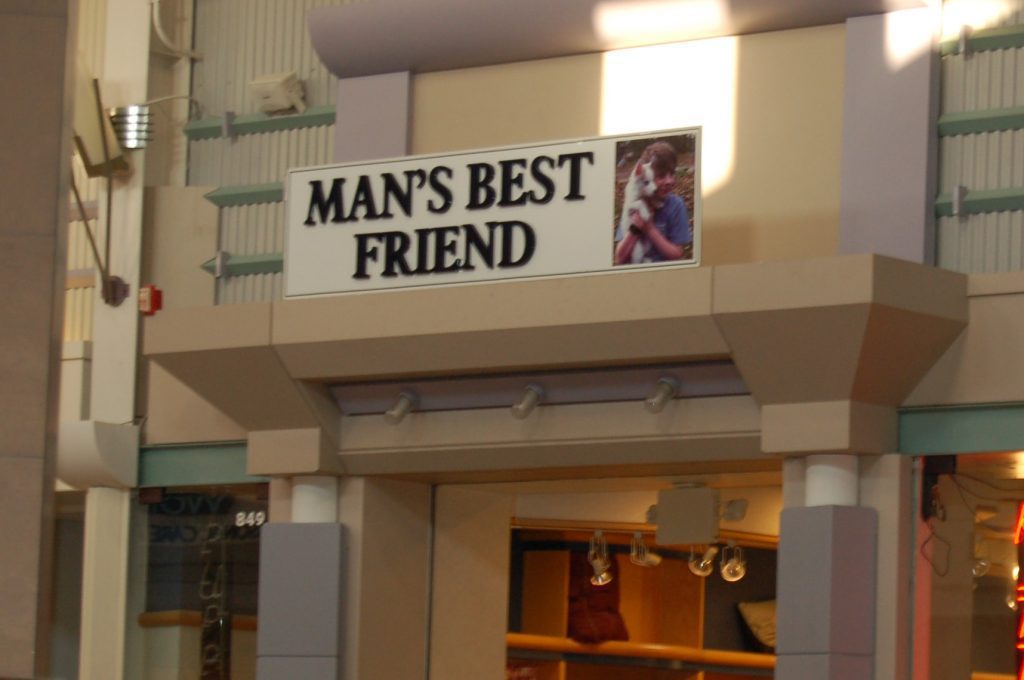 When signed into law by Governor J.B. Pritzker, HB1711 will amend the Illinois Animal Welfare Act to stop the sale of commercially-bred puppies and kittens in Illinois pet stores. Illinois will then be the 5th state in the country to tell pet stores and puppy mills their cruelty is no longer welcome. 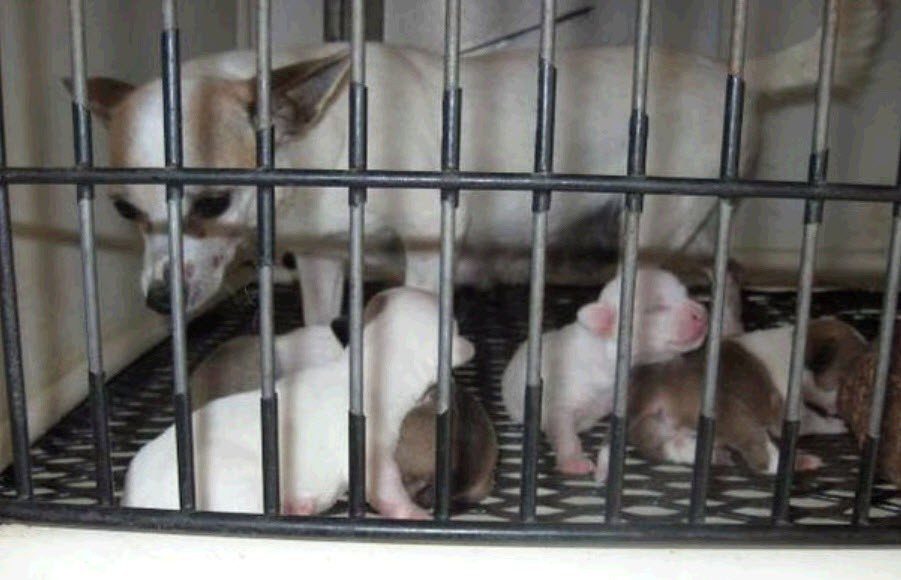 Fighting for the Dogs

Regarding the Washington Post article titled Dog Fight, written by Kim Kavin who is seemingly a commercial dog breeding proponent. There are two sides to every story. You need to hear about what it’s like for the dogs that are in the hands of America’s USDA dog breeders.