How YOU Can Stop Puppy Mills and Why You Should 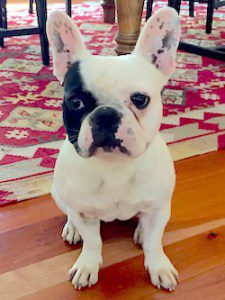 “The crime of inflicting physical pain, suffering or death on an animal, usually a tame one, beyond necessity for normal discipline.”  —Legal Definition of Animal Cruelty.

The definition of a Puppy Mill according to the ASPCA is “A large-scale commercial dog breeding facility where profit is given priority over the well-being of the dogs.” Another, more derogatory definition of the Puppy Mill is “An establishment that breeds puppies for sale, typically on an intensive basis and in conditions regarded as inhumane.” Both definitions stress the fact that the well being of the animals is not priority- possibly even inhumane. They do not veer far from our original definition stating cruelty as causing harm “Beyond necessity for normal discipline.”

So this begs the question, how in the world are there an estimated 10,000 Puppy Mills thriving in the United States? The unfortunate answer is: lack of consumer education.

It’s easy to say Puppy Mills are bad – easier still to say animal cruelty is evil. What is not so easy is realizing the only reason puppy mills continue is because of consumers like you and I continuing to support them. We, the consumer, are not evil, we are simply uneducated. When we want a dog, we want “that” dog, The one we found on the website online or in the pet store. We choose one, click one, and it is ours. How often do we ask ourselves, where did this dog come from? Where is its mother? Or- what am I supporting when I buy this dog? The dollar bills of the consumer are what keep Puppy Mills alive. Spreading the word that dogs bought online and in pet stores are being bred in inhumane Puppy Mills is the way to educate the masses and end animal cruelty.

Perhaps you are like the many who say “Yes, animal cruelty is wrong, but what is so bad about puppy mills? We have bred and domesticated dogs for centuries. We are human and dogs are our companions.” Totally understandable, and I would like two raise two points.

Let’s start with the most practical Bob Barkerism – controlling the pet population. No one can argue against the fact that we have a surplus of dogs and cats. There is absolutely no need for dogs to be bred en masse for the sake of profit. Stop by your local animal shelter and feel your heart break at the sight of countless animals that will live their lives in cages until they are eventually put to sleep and incinerated. There is no such thing as a “no kill” shelter. What happens is, the dogs start at a “no kill” shelter, and when they are not adopted, they are sent or possibly transferred to a shelter that eventually (unless they are adopted) kills and incinerates their bodies. I knew someone who worked at a shelter, and he mentioned that “shoving one in the incinerator” was an everyday task.

Now, let’s get to the condition of the puppy mills. Perhaps you have been friends with a breeder, or are one yourself. Breeding dogs can be a beautiful profession or hobby. I have known many kind people who bred dogs and gave them lots of room to run around, veterinary care and affection. That is not what a Puppy Mill is.

A Puppy Mill is stacked cages barely taller than each dog with wire floors that often cause injury to the animals. Imagine stepping on wire flooring every day of your life. If the breeder is licensed to sell online or to pet stores the USDA’s Animal Welfare Act dictates that the cages must only be 6 inches taller than the animal’s head, but unlicensed breeders typically do not even abide to this meager standard. In fact, dogs in Puppy Mills fall into the same legal category as livestock, although these animals are bred to become domesticated pets rather than food. The cages are often kept outside or in barns/outhouses. That means no heat, no AC all year long. Many rescuers of dogs in these Mills have found the dogs covered in urine and feces and have never been seen by a vet.

The mothers are bred from ages 6 months till they can no longer get pregnant. They are either mating, pregnant or nursing 10 months out of the year. When they can’t get pregnant anymore, they are killed. These animals rarely get veterinary care; eat the cheapest food; and do not get affection. They are not ever let out of their cages. Except, of course, when they are mating to create more puppies. Dog rescuer and founder of Stop Online Puppy Mills Janie Jenkins has seen these places and calls them “Concentration Camps for Dogs.”

Let’s look at these two sides of the story: the dogs that are incinerated in animal shelters due to no one adopting them vs. the dogs that are bred solely for profit in terrible conditions. At this point, the law of supply and demand should have extinguished puppy mills altogether.

There are so many dogs in the world, so many kind breeders for those looking for a specific breed, why in the world do puppy mills continue? There is no one to blame but us, the uneducated consumer, It is our money that keeps the animal cruelty going. It is our lack of education that keeps us buying dogs at pet stores and online. It is estimated that around two million dogs will be bred in 2016 through puppy mills. These dogs are sold online by people posing as responsible breeders. These dogs are sold to stores which market them as “Adoptable”. If you are buying a dog that has been bred for profit you are not “Adopting” a dog- you are buying a product.

I encourage everyone to absorb this new education and share it with everyone you know! This is a problem that only continues because of lack of knowledge. One by one, we can share this information, educate others, and shut down this business that supply and demand should have shut down long ago. There is a way to end large-scale animal cruelty, but it starts with one person who tells another person who tells another. Education and spreading the word is the way to end this. Don’t stop now! Share this message with your friends and adopt responsibly! The more people know, the faster our dollar bills can stop funding this inhumane and unnecessary business.